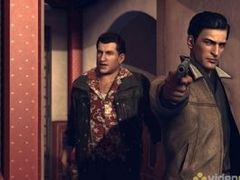 2K Games has announced that Joe’s Adventures, the third downloadable game add-on for Mafia II, is coming to Xbox 360, PS3 and PC later this year.

Joe’s Adventures continues Mafia II through the eyes of Joe Barbaro, Vito Scaletta’s best friend, during the time that Vito spends in prison. The add-on extends the original narrative of Mafia II and opens up several new areas in Empire Bay and items for players to get their hands dirty with.

Joe Barbaro has been at Vito’s side since childhood. That is, until Vito gets caught and sent to prison. In Joe’s Adventures, Joe uncovers the truth behind Vito’s prison sentence and what’s really going on in the Clemente family.

The DLC also includes new clothing, collectibles and even more classic music from the ’40s and ’50s.