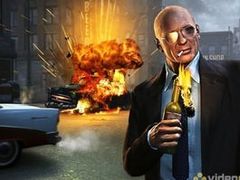 A Mafia II demo will be released on August 10, an ad for the game in this week’s edition of trade publication MCV has revealed.

A demo had previously been confirmed for release in August, but no firm date was known.

That’s pretty much all we know at the moment, but we’ve contacted 2K for details on platforms and the contents of the demo.

The game’s out August 27 and is shaping up very well indeed.