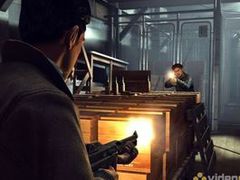 Mafia 2 developer 2K Czech is to close and “some” of its development team relocated to 2K’s Californian headquarters, the publisher has confirmed.

Unfortunately, the reorganisation has also resulted in some job losses, although numbers of those affected has not been disclosed.

In a statement provided to VideoGamer.com this morning, 2K said:

“We have relocated and consolidated our 2K Czech team from our Prague facility to centralize resources in our location in Brno. Additionally, we are transferring some development resources from Prague and Brno to 2K headquarters in Novato, CA.

“This transition will both strengthen the integration of the 2K Czech team with our award winning development teams, and better align cross-functional business practices. As part of this realignment, we are adjusting our staffing levels, resulting in the elimination of some positions.”

2K Czech had been rumoured to have been developing Mafia 3. However, Czech’s closure may not necessarily result in the project’s cancellation.

In September, Gears of War producer Rod Fergusson announced that he would be opening a new studio in California’s Bay Area, although he has yet to reveal what titles the team will be working. Could it be Mafia 3?

Besides Mafia, 2K Czech also developed the Top Spin and Vietcong series. It had also been developing new IP Moscow Rhapsody, a WWII shooter that was canned in 2009.