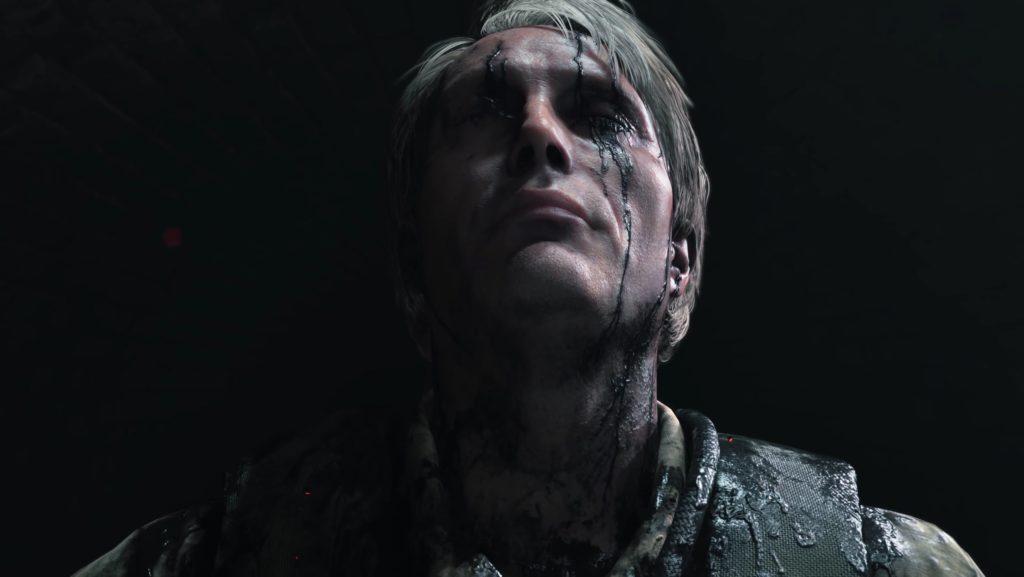 Mads Mikkelsen has said that comparing the themes of Death Stranding with Brexit is ‘boring’, in an interview with The Independent.

In Death Stranding, the world has been ruptured by an apocalyptic event that has caused the realms of the living and the dead to mingle. Cities across the once-United States of America are disconnected and beached things (or BTs) roam the wildlands preying on the vibrant energy of human beings. Sam Porter Bridges’ goal is to rebuild the Chiral Network so that society may survive in the face of extinction. And, as a social strand game, Death Stranding connects its community because players can leave caches and ladders so that the treks from one city to the next are a little less lonely.

Hideo Kojima has been crystal clear on the political themes and concepts underpinning the story of Death Stranding. ‘President Trump right now is building a wall. Then you have Brexit, where the UK is trying to leave, there are lots of walls and people thinking only about themselves in the world,’ he said to the BBC. ‘In Death Stranding we're using bridges to represent connection – there are options to use them or break them. It's all about making people think about the meaning of connection.’

However, Mads Mikkelsen isn’t so keen on the extended metaphors. ‘Not everything is about Brexit or Trump,’ he answered when queried on the relevance of the social strand game. ‘That's to simplify the world of Hideo.’ Mikkelsen plays Clifford Unger, one of the villains of Death Stranding. He makes Sam’s life difficult, but he’s not actually the big bad in the game, and has a complex and unknowable connection to the beached world.

The actor added that the game has a timelessness to it and works independently to a political message. ‘You could have made this point during the Second World War or the First World War. You might have been able to do it during the fall of the Roman Empire,’ he explained. Therefore, drawing comparisons to the British and the American political climates are ‘boring’.

‘You can always make a film that's very direct. I think the world is bigger than that; it's much more complicated than that,’ he elaborated. He is careful to steer clear of making grand statements about his work, because ‘the character will disappear and I will just be a mouthpiece for whatever agenda.’

Despite its unwieldy dialogue that included lines like ‘You can make America whole’ and ‘I brought you a metaphor’, Josh liked Death Stranding. It’s very pretty and it’s very rewarding to send Sam on his way with a bundle of thermal socks for a chilly city. There’s even a mixtape for players to enjoy on their treks.