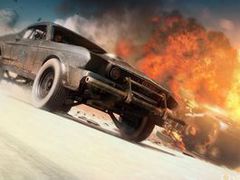 Mad Max the video game will launch in 2015 for Xbox One, PS4, Xbox 360, PS3 and PC, Warner Bros. Interactive Entertainment has announced.

A new trailer, which you can see below, confirmed the date.

Developed by Avalanche Studios, Mad Max is an action game set in a post-apocalyptic open world in which Max must fight to stay alive using on-ground and vehicular combat.

Following the theft of his Interceptor, Max must align himself with a mechanic named Chumbucket and others to build the ultimate war vehicle as he works to escape from the dangerous Wasteland.

Expect to see more on the game at E3 in a few weeks.