Mad Max will have an Aussie accent in new game 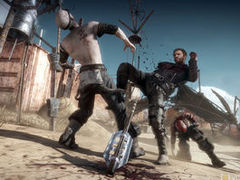 The star of upcoming game Mad Max will have an Australian accent, Avalanche Studios founder and chief creative officer Christofer Sundberg has announced.

“Attn. fans who want Max to have an Aussie accent in #MadMaxGame : It shall be so. We admire your loyalty. You have been heard,” Tweeted Sundberg.

So angry were some gamers of Max’s new American accent in the game that a petition to hire an Australian voice actor was set up. Although the petition only gained 2,875 supporters, it appears Avalanche took notice.