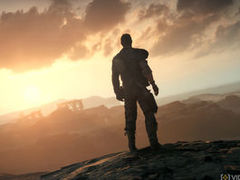 Warner and Avalanche Studios have released a gameplay overview trailer for Mad Max, giving fans an extended look at how some of the game’s core mechanics will work.

At the heart of the experience is the ability to build and customise your own car, known as the Magnum Opus and the key to Max’s chances of survival in the wasteland.

The video also touches on vehicular combat, melee combat and host of other activities.

The game’s set to launch September 4 for PS4, Xbox One and PC.