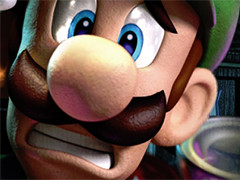 Luigi’s Mansion 2 for Wii U listed by Newegg

The spooky adventure launched on Nintendo 3DS earlier this year, but Nintendo has yet to announce any form of Wii U port.

However, this is the second time a home console port of Luigi’s Mansion 2 has been hinted at, with Play.com listing a Wii U version of the game on its website back in May 2012.

Luigi’s Mansion 2 launched on 3DS back in March, debuting at no.5 in the UK charts.

The game has been a regular performer for the handheld, securing the no.2 spot in last week’s 3DS chart six months after release.

Nintendo UK told VideoGamer.com that it “does not comment on rumour and speculation” when contacted about Newegg’s listing earlier this morning.