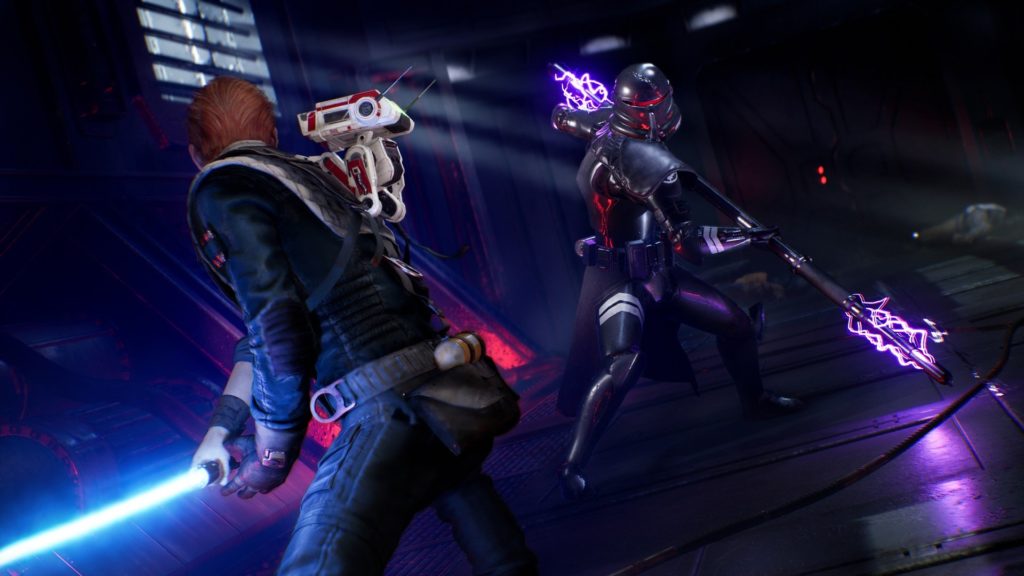 Lucasfilm didn’t want Star Wars Jedi: Fallen Order to be about the Jedi

Respawn Entertainment has revealed that it had to “earn” the right to make Star Wars Jedi: Fallen Order about the Jedi, as Lucasfilm had its own ideas about the adaptation (via GameSpot).

In an interview featured on AIAS Game Maker’s podcast, game director Stig Asmussen described how the early development of what would become Star Wars Jedi: Fallen Order went down. Initially, Lucasfilm didn’t respond positively to Respawn’s idea to make a game about the Jedi. “They weren’t super comfortable with the idea,” recalled Asmussen. “I pitched, ‘Hey, what if we do a game about Jedi and Force powers,’ and they were not super comfortable with that. They threw it back and said, ‘What about blasters and bounty hunters?’”

Asmussen pushed back, and told Lucasfilm that that sort of set up wouldn’t fully utilise the expertise that Respawn has taken on over the years. “That’s not the background of the team we’ve built; you might as well ask me and us to start building a racing game at this point. I don’t think anybody’s going to be happy with the results of that,” he said. But he respected Lucasfilm’s protectiveness over the Jedi, and, despite multiple “hard nos” on multiple ideas, the developer did “earn” the right to use the Jedi in its game. “What I came to learn is for them, Jedi is the Holy Grail. To make a game about Jedi, you gotta earn it. There was a little bit of a back and forth but they could see where I was coming from,” summarised Asmussen.

Lucasfilm owns the rights to the Star Wars property, so there wasn’t a lot of wiggle room for Respawn to work with from the get-go. However, the creative differences were settled, and we got Star Wars Jedi: Fallen Order, which follows a Force-user who isn’t a fully fledged Jedi. Josh really liked Fallen Order, praising the Sekiro-in-space combat and chipper droid companion, and reckons that a sequel would be really something.