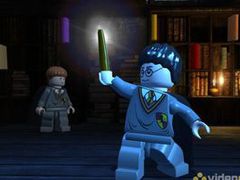 The game – following on from LEGO Harry Potter: Years 1-4 – is scheduled to be released in Q4 2011. That’s between October and December.

A press release states the game will be released on a whopping eight platforms: Xbox 360, PS3, PSP, NGP, Wii, DS, 3DS, and PC.

The press release makes no specific mention of the NGP version coming out at a separate time. Does this mean Sony’s new handheld device will be on our shelves in time for Christmas?

The game will handle the second chapter of the Harry Potter saga, so logically we’ll get to see Harry mature into a sulky adult and that final encounter with Lord Voldemort that I still don’t really understand.