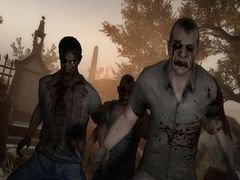 If you own a digital copy of the Xbox 360 version, it should appear in the Ready To Install section of My Games & Apps. Alternatively, you can pop a disc copy in.

The game joins the growing list of Xbox 360 games playable on Xbox One, including those added last night: Halo Wars, Soulcalibur 2 HD and King of Fighters 98.