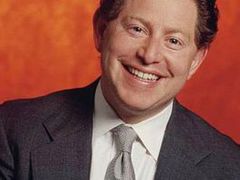 Activision Blizzard has been “somewhat disappointed” by the Wii U launch, CEO Bobby Kotick has said, stating that sales of the hardware have been “slower than expected”.

“As you know, we were somewhat disappointed with the launch of the Wii U, and I think it’s a challenging environment this year,” Kotick said during Activision’s Q4 2012 results last night (transcribed by Seeking Alpha).

Nintendo cut its expectations for the console during its most recent earnings results, revising its projections to 4 million units sold prior to March 31, 2013 – almost 2m fewer than the Wii sold within a similar time period.

In addition to working out a strategy for Wii U, one of the challenges Activision expects to face this year, Kotick suggests, will be the “installed base of hardware”, particularly when it comes to finding a demographic for Skylanders on next-generation consoles.

“One of the things we are concerned about is what the installed base of hardware will be like for 6- to 11-year-olds,” Kotick continued. “But we have a lot of confidence in [Skylanders] for the long-term. I think we’re delivering another great product this year.”

Sony is expected to announce its next-generation PlayStation later this month.