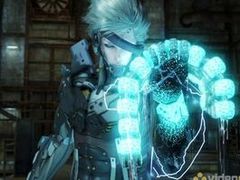 Metal Gear Solid: Rising is Kojima Productions’ first multi-platform title on which development is happening concurrently across PS3, Xbox 360 and PC. According to Shigenobu Matsuyama, the game’s creative director, this is now becoming the norm amongst Japanese studios.

Asked by VideoGamer.com if it is important for Japanese studios to embrace the Xbox 360, Matsuyama said: “I think it’s very important for the future of Japanese publishing. We see publishers – Capcom have started a little bit earlier than us – and I can say most of the Japanese studios have seen the importance of going multi-platform, and our studio as well.

“I think we’re now really ready to go multi-platform at once, I mean development cycle wise. I think this will be a normal trend for Japanese studios in the future.”

Matsuyama also commented on the importance of the PC as a gaming platform.

“What surprised me when I came to Germany were also the PC games,” he said. “Living in Japan, PC games are not really mainstream, but seeing them here I thought that this PC area is also a place that we need to consider more seriously.”

Metal Gear Solid: Rising doesn’t currently have a release date, though the title is expected at some point in 2011. Catch the full interview with Shigenobu Matsuyama right here.