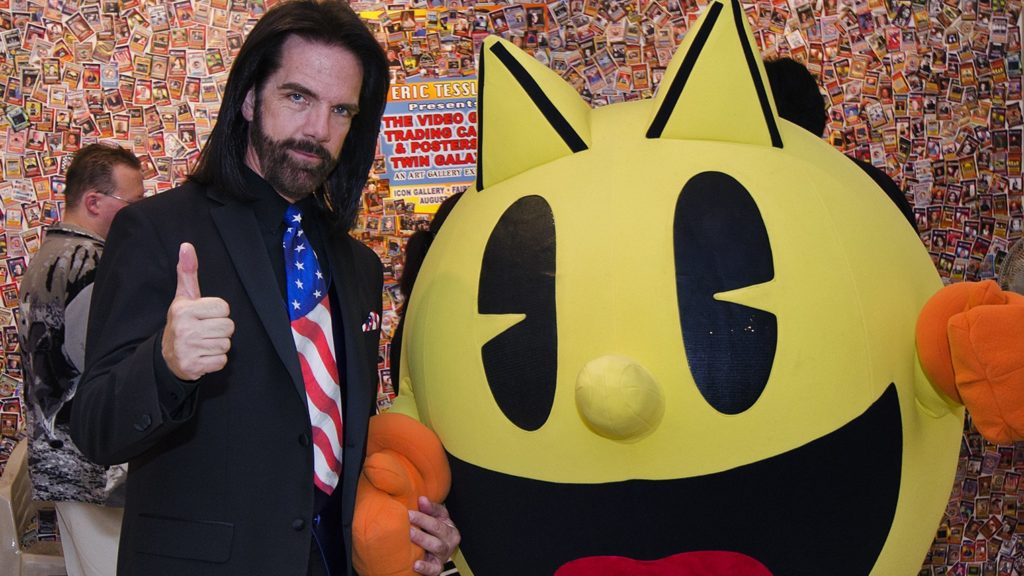 Billy Mitchell, famous for being very good at arcade video games and appearing to be cartoonishly villainous in the documentary King of Kong (to the extent that he filed against Cartoon Network’s Regular Show over a character who cheats at arcade games called Garrett Bobby Ferguson) has now had several of his high scores thrown out by official high-score-tracking org Twin Galaxies – including the score he achieved as part of the aforementioned documentary.

An official dispute was filed against Mitchell’s scores in August of 2017, and the investigation had been ongoing until today, when Twin Galaxies issued an official statement saying that, ‘Twin Galaxies administrative staff has unanimously decided to remove all of Billy Mitchell’s scores as well as ban him from participating in our competitive leaderboards.’

One of the rules Twin Galaxies has for submitting high scores for the original DK arcade game is that you achieve that score on, funnily enough, original arcade hardware rather than an emulator. It seems that TG has now accepted evidence that Mitchell can’t have done that, not only for his Donkey Kong score on the taped game shown in King of Kong, but for several other games.

‘In addition to Twin Galaxies’ own investigation into the dispute case assertions, at least two different 3rd parties conducted their own explorations and came to identical conclusions.

Most notable was the 3rd party (Carlos Pinerio) that Billy Mitchell engaged to help examine the dispute case claims on his behalf, utilizing whatever original equipment Billy could provide, whose final finding was consistent with Twin Galaxies investigation and others.’

King of Kong, if you haven’t seen it, is an excellent documentary (released in 2007) following the attempts of lovable underdog Steve Wiebe in his attempts to beat the high score on the Donkey Kong arcade cabinet. At the time the high score was held by Mitchell, hot-sauce mogul and terrible-tie-wearer; Wiebe beat Mitchell’s high score, but Mitchell contested it because it was taped, before submitting his own tape where he was the first to score over a million on the game. This tape is the one referenced above, has now been struck from the record, amongst others, because it cannot be definitively proven that an emulator wasn’t used.