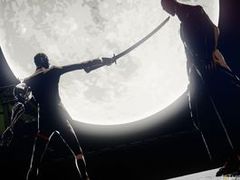 Killer Is Dead coming to PC in May

Suda51’s latest action game Killer Is Dead is coming to PC this May, Deep Silver has announced. The game first launched on Xbox 360 and PlayStation 3 last August.

Killer Is Dead: Nightmare Edition, which hits PC on May 9, features a new Nightmare Mode difficulty and a new Theater Mode that lets players rewatch cutscenes and get “extended background information on characters”.

A price for the PC release has yet to be confirmed. For a first look at the PC version, check out the trailer below.