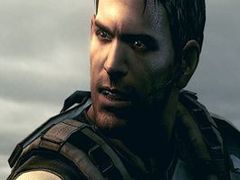 Resident Evil producer Masachika Kawata has said that he has “started to revise [his] opinion” on comments he made last year about making the series more action-oriented after looking at “user feedback from the last couple of games”.

“When you look back on Resident Evil in the last year, we’ve had a variety of approaches to the [IP],” Kawata told VideoGamer.com during an interview yesterday.

“I still think it’s important for us to challenge ourselves to include new elements in the games to keep them fresh and keep them relevant.”

But when asked whether the response to Resident Evil 6 and Operation Raccoon City had made him reconsider the action-focused strategy for the IP, Kawata replied:

“Looking at user feedback from the last couple of games, I’ve started to slightly revise my opinion on that matter. I still think that, for example, bringing Resident Evil: Revelations to consoles falls within what I was saying where, it’s a game that contains classic Resident Evil elements but it also has features that modern gamers expect in a game. Hopefully it can appeal to both camps.”

Kawata believes that focusing more on “horror and fear” could be the answer.

“Going forward is the most important thing to me and the future of the series,” Kawata continued.

“No matter what, we’re always going to have to focus on horror and fear as the main core pillar of the series. That’s something I think that is not going to change.

“Take Operation Raccoon City, which was essentially developed as a pure shooter set in the Resident Evil universe. I think there could be potential in taking the base of that game and if we were – hypothetically – to develop a sequel to that, then start bringing back horror into that base that we started with. That could be a way to start bringing the elements that we think we need together in one game.”

Last March, Kawata told Gamasutra that he felt Resident Evil “needs to head in that [action-oriented] direction,” adding that “[Resident Evil’s primary games] need to be an extension of the changes made in Resident Evil 4 and Resident Evil 5.

Resident Evil: Operation Raccoon City and Resident Evil 6, which were considered more action-oriented than prior games in the series, were poorly received by fans and critics. The latter failed to sell anywhere close to Capcom’s expectations, forcing the publisher to revise its financial projections following its release.

“It’s important to target gamers in and of themselves if people are going to buy and play our products,” Kawata told us yesterday.

“I think we always need to focus on where the potential market is going to be for our games. So yeah, I think bringing Revelations to consoles, the target for that game is going to be quite large because it’s coming from 3DS onto four platforms. We’re really targeting people we haven’t done before with that, and that’s something we’ll need to keep doing.”