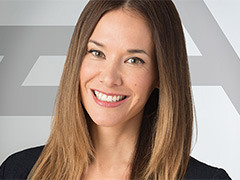 Speaking to Game Informer, Raymond explained that the unrevealed project will be a “big focus” for Motive during the studio’s first year, as a smaller team gets to work on a concept for a new IP “in parallel”.

Asked whether work on Star Wars would be split 50-50 between Visceral and Motive, Raymond explained that “it’s going to be a significant portion, so the team at Motive has creative ownership over a significant portion of the game. Amy [Hennig]’s going to spend quite a bit of time in Montréal. But it’s probably not quite 50 percent.”

It isn’t clear from Raymond’s comments whether Motive will be developing a separate mode for the game, ie. leading development on a potential multiplayer component, or working in parallel with Visceral on certain sections of the game’s campaign.

The new Star Wars title – not to be confused with this November’s Star Wars Battlefront – has yet to be formally revealed, but was confirmed to be in development after former Naughty Dog writer Amy Hennig joined Visceral last year.

Raymond’s new Motive Studios, meanwhile, was announced by EA last month. Besides working on Star Wars, the studio also has plans to develop a new IP and collaborate with BioWare on next year’s Mass Effect Andromeda.