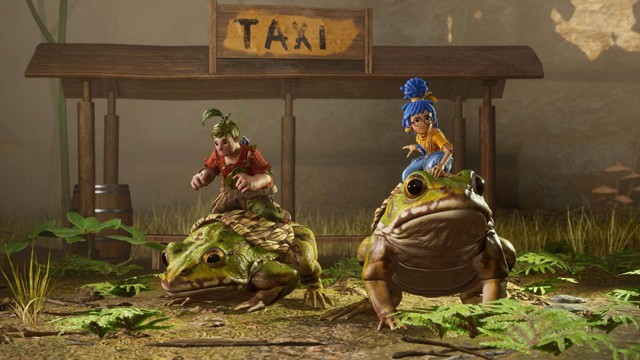 It Takes Two surpasses over one million copies sold

Developer Hazelight Studios has announced that co-operative adventure It Takes Two has surpassed a million copies sold since its launch a month ago.

The studio tweeted out the news from its official Twitter account, saying: "Wow!!! Just found out It Takes Two has sold over 1 million copies and is still going strong! Thank you so much for all the love you’ve shown our game, it means the world to us."

Outspoken director Josef Fares of course then quoted the tweet and gave his own response, adding: "This shows that there definitely is players that also wants to play co op only games! Thank you everyone and I hope we see more game like this."

The game launched last month and sees struggling husband and wife Cody and May transformed into dolls by the tears of their daughter Rose, and must work together along with the guidance of a magically sentient self-help book Dr Hakim to try and return to their human bodies, and maybe repair their relationship along the way.