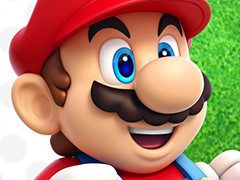 Is the next Super Mario game coming to Wii U?

Nintendo is working on its next Super Mario game, but won’t say which platform or platforms it’s coming to.

Speaking to Edge in an interview to be published in the latest issue of the magazine, Nintendo producer Yoshiaki Koizumi said of the game’s platform: “That’s still a secret.”

He added: “I can tell you, though, that we’ve already started approaching our next challenge.”

Regarding game development, Koizumi said: “There’s still a lot more room for discovery and invention, and we’ll continue to propose new and exciting game mechanics going into the future,” and that should the new Mario game be for Wii U the team “might need to make even more use of the GamePad”.