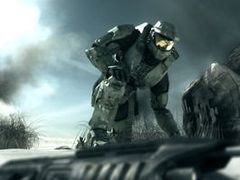 Superannutation has spotted a July 17 US Patent and Trademark Office filing by Microsoft for the term “343 Industries” for use with “computer programs, namely, game software for use on computers and video.” No further information was given.

GameSpot has picked up on this and suggests 343 Industries could be the name of Microsoft’s new internal Halo studio.

The gaming site reasons that 343, as Halo fans will know, is the name of one of the series’ most dangerous enemies, 343 Guilty Spark. This coupled with the fact that 343 Industries doesn’t sound much like the title of a game, but more like a studio name, has led GameSpot to suggest we’re looking at the new name for Microsoft’s internal Halo development studio.

Microsoft came back to GameSpot, simply stating it has “nothing to announce at this time”.