Insomniac’s Sunset Overdrive is now in the possession of PlayStation 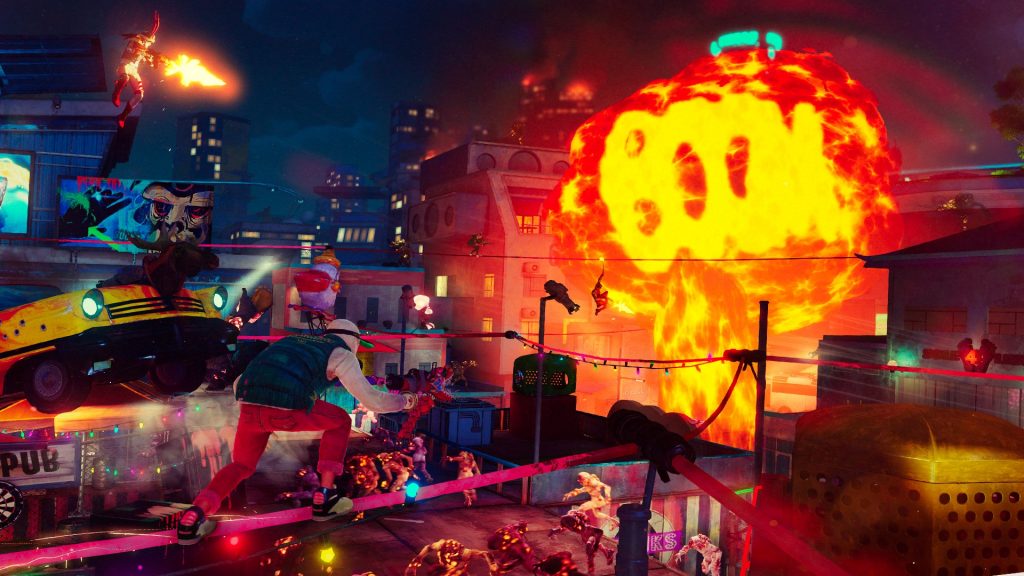 Sony has confirmed that Sunset Overdrive, the acrobatic action-adventure game published by Microsoft, is now in the possession of PlayStation (via Push Square).

At Tokyo Game Show, Japanese publication Inside-Games spoke to Sony Worldwide Studios president Shuhei Yoshida about the future of Sunset Overdrive. ‘SIE holds the rights to past Insomniac Games works,’ he confirmed, and didn’t say much more than that. He’s ‘looking forward to future titles’ from Insomniac Games, but it appears that a new Sunset Overdrive won’t see the light of day for a little while.

Shawn Layden, Sony’s chairman, said as much in an interview with gamesradar. ‘As far as the IP itself, we really haven’t turned over the files on that one to see what that actually means, to be honest,’ Layden said. ‘We like what they’ve been doing in the Spider-Man franchise and things like Ratchet & Clank are certainly vital series in the present and future. That’s what we’re concentrating on.’