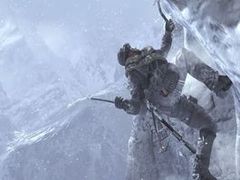 Infinity Ward has promised fans of the hotly anticipated Call of Duty: Modern Warfare 2 that “there is something” it hasn’t talked about that will make you “completely forget everything” already revealed about the game.

The exciting tease comes from community manager Robert Bowling, who was speaking to VideoGamer.com at an exclusive LA event last week.

When asked what percentage of the game he wasn’t allowed to talk about, and how much in the way of surprises will greet fans who buy the game, Bowling replied: “There’s a lot. I feel like we’ve only talked about 20 per cent of the game so far. There’s so much this time around that we’re holding back, mostly story stuff.

“This is our multiplayer reveal. This is it. This is our big push, and yet you’re only seeing up to rank 26, and there are 70 ranks plus Prestige. That’s a lot of shit people aren’t seeing.”

Infinity Ward managed to keep the iconic Gunship section of Call of Duty 4, which allowed players to destroy enemies from a similar perspective to that seen on television news reports of wars, quiet in the run up to release.

Asked if Infinity Ward was planning a similar surprise for sequel Modern Warfare 2, Bowling said: “There are some huge surprises. What’s awesome is, we’ve done all the press we’ve done so far, we’ve shown Cliffhanger, we’ve shown some Favela, we’ve set the tone of what Modern Warfare 2 is, and yet there is something we haven’t talked about that, and the reason we haven’t talked about it is because once you see it you completely forget everything we’ve already talked about. It becomes this whole new game. That’s what I’m excited for.”

“There are a lot of surprises. Some stuff we will never talk about till launch, and that’s just because we want that… it’s emotional stuff that we want to have that emotional response when you play, not read it in a magazine and then you’re like, oh yeah I know about that.”

So there you go Modern Warfare fans. Not long to wait now. The game’s out November 10 across the world. For all the latest previews, screens and trailers, check out our Call of Duty: Modern Warfare 2 game page.

What ‘huge surprise’ do you think Bowling is talking about? Let us know in the comments section below.