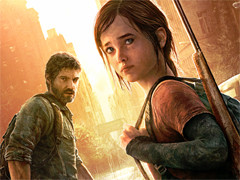 ‘Huge proportion’ of PS4 owners haven’t played The Last of Us, says Sony

A “huge proportion” of PlayStation 4 owners have never played The Last of Us, Sony has said after sifting through data on PlayStation Network.

“The Last of Us is considered one of the most significant titles of the last console generation, winning countless awards,” SCEE product manager Josh Walker told MCV, explaining one of the reasons why Sony chose to port the PS3 blockbuster to next-gen. “It would be almost unfair for all our new fans to never play a game like this.

“We’ve looked at PSN data and can see a huge proportion of PS4 players haven’t experienced The Last of Us yet,” he continued. “This is quite indicative of the shift in the market and the many players who have migrated from competitive platforms that we’re glad to welcome to PlayStation.”

Walker also claims that Sony has “been careful with [its] cost price” for The Last of Us Remastered “to give value to those buying for a second time”.

The game is reported to have sold over 6 million units as of March 2014, although given the improvements it’s probably going to be well worth playing through again.

The Last of Us Remastered features the original game along with each of the DLC packs previously released for PS3 (including single-player add-on Left Behind) all spruced up with improved lighting, higher resolution character models and upgraded textures in 1080p/60fps.

The game launches across Europe on August 1.