Guerrilla Games has revealed the contents of the Horizon: Forbidden West Collectors Edition and Digital Deluxe Edition as pre-orders go live from today.

As detailed on the PlayStation Blog, all pre-orders will nab themselves a Nora Legacy Outfit and Spear to use in-game. Those who plump for the Digital Deluxe Edition will also get Carja Behemoth Elite and Nora Thunder Elite outfits. In addition, they’ll nab a Carja Behemoth Short Bow and Nora Thunder Sling. They’ll also get several resource packs, a digital art book & soundtrack and a digital version of the Horizon Zero Dawn graphic novel, The Sunhawk.

On top of this, they’ll also get an in-game Apex Clawstrider Machine Strike piece. Strike, according to the FAQ, is a board game in the world of Horizon. Aloy will be introduced to Strike during the game and will able to challenge NPCs to a match.

Physical owners meanwhile will get all that with a Steelbook. However, there’s also two Horizon Forbidden West Collectors Editions, with the first also including a sculpted Tremortusk and Aloy statue and mini Art Book. Finally, the Regalla Edition will include a simlar statue with a different design, but also some extra goodies on top. These include a Canvas map, 2 art prints, a replica Focus with stand and replica Machine Strike pieces too. Blimey!

However, it’s also worth noting that it appears PS4 owners won’t automatically get the PS5 version of the game. According to that earlier mentioned FAQ, “Dual entitlement does not apply to the Standard and Special Editions.” 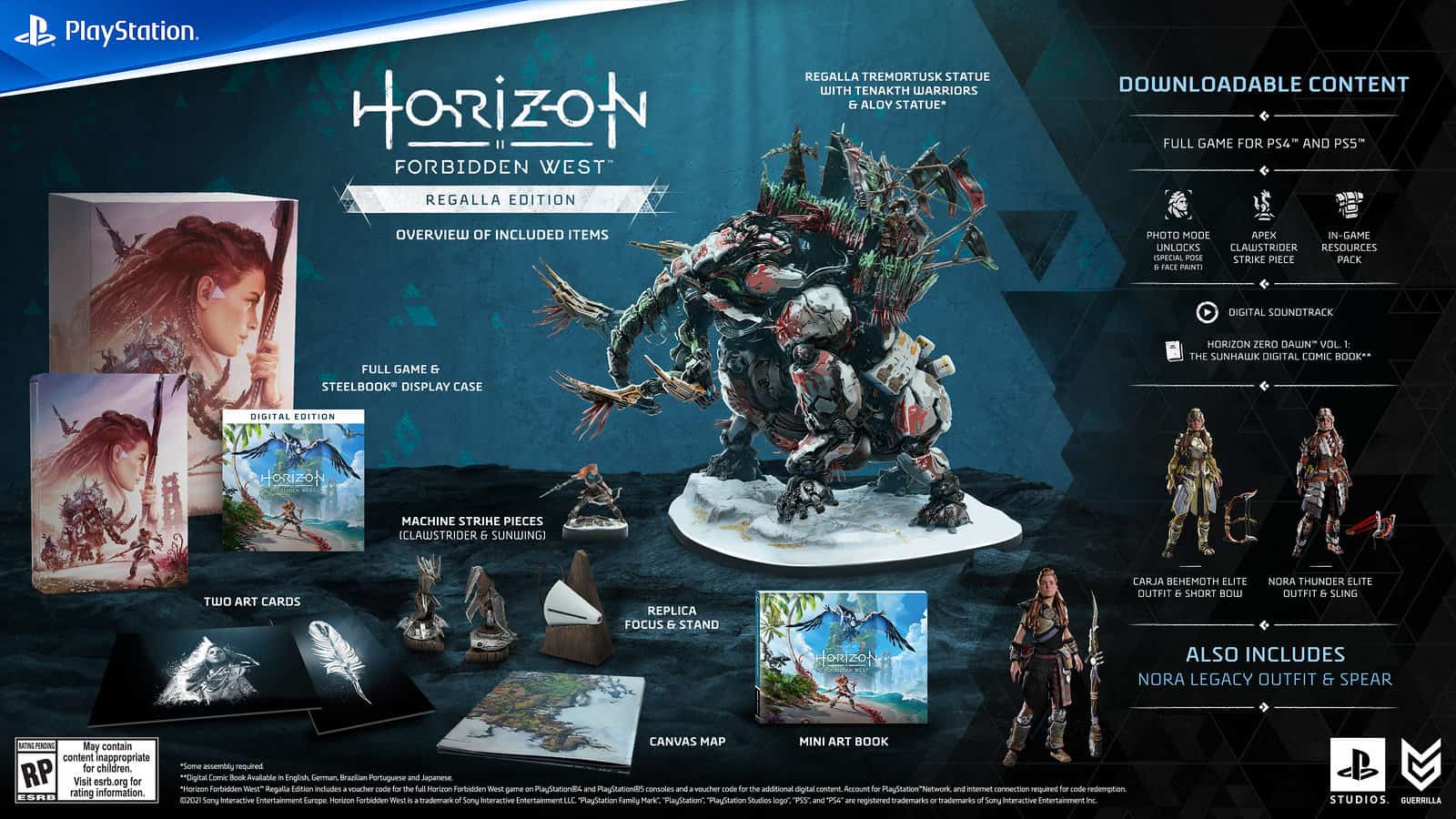