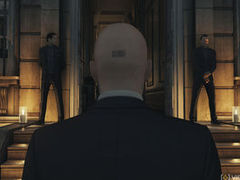 IO Interactive has revised its launch plans for Hitman again.

While the game is still due to release digitally on PS4, Xbox One and PC on March 11, it will now launch with less content than previously planned, but at a cheaper price.

Now, only the Paris level and a ‘Prologue’ will be available at launch, with the remainder of the content due to roll out in the months following.

To make up for the lack of content, the ‘Intro Pack’, which offers access to the launch content, has been reduced from $34.99 to $14.99 (£11.59 in the UK). Additional locations can then be purchased for £7.99 each once they become available, or £36.99 for them all. Alternatively, players will still be able to pay for all the content upfront for £44.99, saving £3.59 on purchasing them individually.

The revised plans will let IO “hit the quality level you have come to expect from a HITMAN game,” the developer says, and roll out new content in a “truly episodic” fashion.

“After a lot of consideration, we decided to take the full leap and publish HITMAN as a truly episodic game experience with a major live component. It’s not a decision we’ve taken lightly and we fully acknowledge that the decision may frustrate some players. But it is a shift that we believe will ensure the best possible foundation for this game and the future of HITMAN.”

The new plans appear to contradict earlier comments from the studio, however, which blamed the game’s delay from December to March on the opportunity to “add more to the launch content of the game”.

“The last thing we wanted to do is change what we have already said, especially this close to launch, and for that we sincerely apologize,” IO concluded in a blog post last night. “We hope you have a great 2016. We are looking forward to seeing you in the World of Assassination.”

A disc release containing all of the above content is due to ship at the end of 2016.