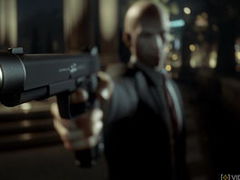 Three locations and six campaign missions will be available in Hitman when the game launches digitally on PS4, Xbox One and PC on March 11, 2016, IO Interactive has confirmed.

The three locations will take players to France, Italy and Morocco, where they’ll be able to hunt down targets and create new user-generated missions within the game’s Contracts mode.

The game will then be expanded with three new locations, additional campaign missions, further signature kills and more Contracts targets during the three months that follow, starting with Thailand in April, the USA in May and Japan in June.

Every piece of content will be available at no additional cost to those who purchase the full $59.99 game at launch.

Alternatively, players who want to give the initial content a go before committing to the full game will also be able to purchase a $34.99 ‘Hitman Intro Pack’ offering access to all March 2016 content. The Intro Pack will be available to pre-order digitally from November 2015.

Then, if you choose to purchase the new locations later, you can upgrade to the full game for an additional $29.99. UK price points for the Intro Pack and Full Game Upgrade have yet to be announced.

Only those who pre-order the full $59.99 game will be granted access to the Hitman beta, however, which arrives on PS4 and PC prior to launch.

“We’ve had a lot of feedback since we announced HITMAN that has helped us shape these next steps,” said Hannes Seifert, studio head at IO Interactive. “It’s important that we listen to fans and that we’re open with what we’re doing. So today we’re sharing details on our release plan and we’re announcing something the community has asked for: a new price to enter the game at launch.”

Hitman had previously been due to release this December but was delayed to offer IO Interactive more time to create additional content in time for launch.