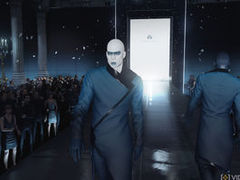 Hitman dev ‘expected people to be sceptical’ of episodic model

IO Interactive’s creative director has said that the studio was “expecting people to be sceptical” about Hitman’s episodic model, but believes there is “much less worry” about it now following the release of the game’s first episode.

“We were expecting people to be sceptical up front”, Christian Elverdam said in the latest issue of EDGE. “There’s this old quote: ‘Everyone loves progress, but no one really likes change’. We can’t really persuade anything that this is a good idea, I think. We’ll have to let the game speak for itself.

“I recently toured around with the preview code for [Episode Two] Sapienza, and the feedback was really good. When I look at forums and general chatter about it, I see much less worry about it after [Episode One] Paris came out than before. Before, people were really talking about how much content there would be, and I think if you really dig Hitman and you turn off the hints you don’t need, there are a lot of hours in Paris, and I think it starts to click with people why it’s a good idea that the next episode then comes out and there’s a new, fresh level instead of just barrelling through.”

Hitman had originally been due to launch with multiple locations in December, but was later delayed to March to ensure that enough content would be ready for launch. The studio later announced, however, that it would be reducing the amount of launch content to a single location and transitioning the game to a “truly episodic” model.

Reducing the number of launch locations absolutely “felt more natural to us,” however, Elverdam adds, “because it meant we could absolutely polish Paris and Sapienza more”.

Hitman’s first episode launched on PS4, Xbox One and PC on March 11. A release date for the second episode is due to be announced this week.