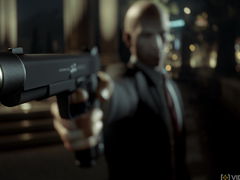 Hitman has been delayed until March 2016, IO Interactive has announced. The game had previously been due to launch on PS4, Xbox One and PC on December 8.

The delay will let the developer include more content at launch than initially planned, and “make absolutely sure” that players get the best experience possible.

More details on the game’s full release schedule, presumably including the amount of content players will have access to at launch, will be revealed next week.

“These few extra months will mean we can add more to the launch content of the game, more than we had originally planned,” IO said, “and then follow with a tighter frequency of updates, which ultimately will create a better game for everyone. And in the end, that’s what we’re all looking for.

Hitman is due to debut digitally with a limited amount of content, before being expanded upon with free content updates throughout 2016. A physical retail release will follow once all pieces of content have been released.

The model has attracted some criticism from fans, however, often due to Square Enix’s decision to release the game at launch as a full-priced title.

Last month, IO studio head Hanne Seifert moved to reassure fans that the game would “not cost any cent more” than the initial launch price, ruling out microtransactions and premium DLC.

“There is nothing hidden away you could even spend extra money on,” Seifert said. “That is very important to us. When we look at the overall scope of the game… we see that the game we’re currently creating – when it’s completed – it will be bigger than Blood Money.”

“Moving a launch date is never an easy decision,” IO concluded. “We know it’s frustrating to have to wait a bit longer for the game, but we truly believe it will mean we can deliver a better launch and overall experience.”