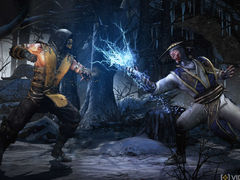 The Xbox 360 and PlayStation 3 versions of Mortal Kombat X are being developed by High Voltage Software, not NetherRealm, Warner Bros. has confirmed to VideoGamer.com.

The outsourced development, NetherRealm says, has allowed the studio to keep “100 per cent focused on developing for next-gen” and “maximise” the potential of Xbox One and PS4.

High Voltage previously developed the PS4 and PC versions of NetherRealm’s Injustice: Gods Among Us and Zone of the Enders HD Collection on Xbox 360 and PS3. It was most recently responsible for the PS4 and Xbox One ports of Saints Row 4.

Footage of the last-gen versions of Mortal Kombat X has yet to be revealed.