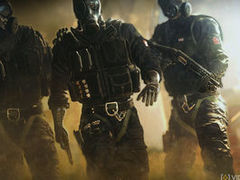 Ever been killed in Rainbow Six Siege even when you think you’ve made it to cover? This is why.

A closer look at Rainbow Six Siege’s netcode by YouTube user Battle(non)sense has revealed that the game can compensate for lag by up to a second, meaning that low-ping players can still be shot by high-ping players even if they’ve clearly made it to cover.

Head to the 5:09 mark in the video below to see the effect in action.

Seems pretty unfair, right? Thankfully, Battle(non)sense says that players with such a high ping will be removed from the server after around 20 seconds, meaning you shouldn’t encounter such an extreme example all that often. Nevertheless, the current system doesn’t make for a particularly good user experience, he notes.

Even worse, however, seems to be an issue affecting player rotation, meaning that enemies can appear to be looking in a different direction even if they’re facing directly at the player. In a game like Rainbow Six, where getting the drop on a player can be key to victory, having an enemy appear to be facing a different direction could very well make the difference between a win or a loss.

“You can never trust the orientation of the player models,” Battle(non)sense says. “You might think that a player is not looking in your direction while in fact he looks straight at you. There is something going very wrong here with the update of the player orientation.”

Ubisoft has previously said that it intends to take steps “to improve the game as we move forwards”, with a major new ‘2.0’ patch set to roll out alongside the first wave of DLC next Tuesday, February 2.