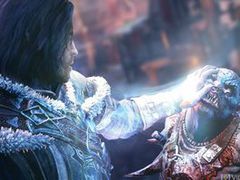 Here’s what you get in the Middle-earth: Shadow of Mordor Season Pass

Warner Bros. has released a new trailer detailing the content Middle-earth: Shadow of Mordor players will gain access to with the game’s Season Pass.

Available for £19.99, the Season Pass grants access to brand new story missions taking you on a journey to hunt and tame legendary beasts of Mordor, four additional challenges, and an exclusive mission to destroy Sauron’s elite legions: the Guardians of the Flaming Eye.

Most interesting of all, however, is the opportunity to wield the ring of power as Elven King Celebrimbor and fight the Dark Lord Sauron.

The Guardians of the Flaming Eye and all four challenges will be available on day one, with the story content and additional runes/skins set to roll out at a later date.

Middle-earth: Shadow of Mordor launches this Friday, October 3 on Xbox One, PS4 and PC, and could be one of the surprises of the year. An Xbox 360 and PS3 version is due to follow this November.

Want to know all the fuss is about? Check out our review.