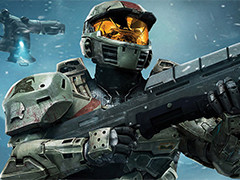 Xbox One preview members will be able to play Halo Wars via backwards compatibility today, Microsoft has announced.

The game follows hours after Alan Wake, Pac-Man and Castlevania: Symphony of the Night were added to backward compatibility, although it isn’t clear when it will be available to non-Preview members.

Created by Age of Empires developer Ensemble Studios, Halo Wars launched on Xbox 360 back in 2009 bringing a new real-time strategy twist to the hit sci-fi franchise. Ensemble was closed by Microsoft one month prior to the game’s release.

A sequel developed by Total War studio Creative Assembly is due for release on Xbox One and PC later this year.