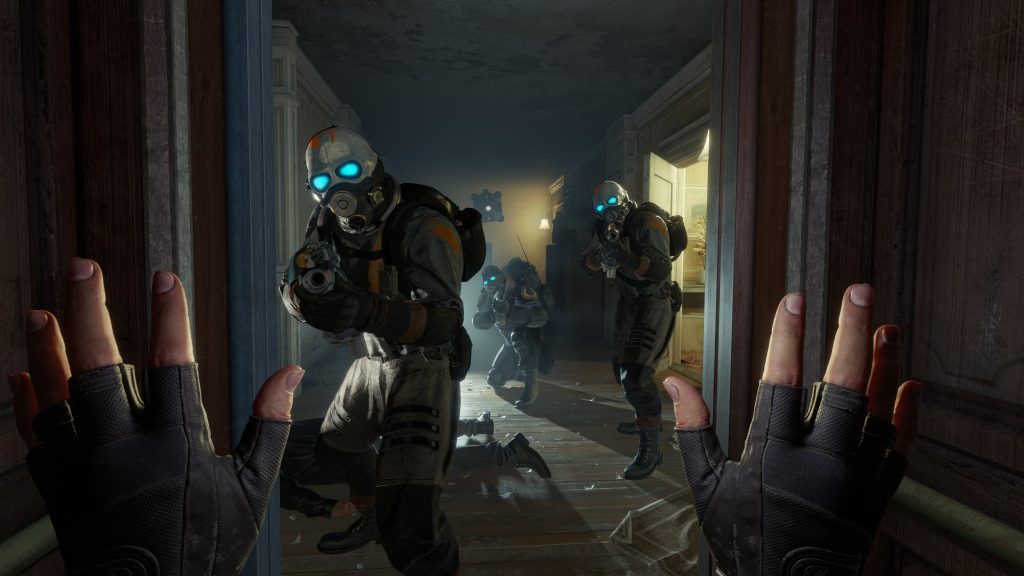 Nine Half-Life: Alyx screenshots have supposedly leaked, and they show off the world of City 17 in horrifying high fidelity (via games radar).

Valve News Network, a YouTube channel dedicated to the developer’s goings-on, claimed that it got its mitts on nine screenshots of the upcoming Half-Life game. Provided by a source working at the studio, these images show the dingy detail of City 17, a new Combine enemy, and a victim missing the Headcrab that killed them. That last screenshot is exceptionally stomach-turning, so I haven’t put any of the leaks in the article here. Peruse them at your leisure (and discretion) through this Imgur gallery.

If these screenshots are legitimate, then Half-Life: Alyx is looking swish in the Source 2 engine. The recognisable Civil Protection officers are menacing and imposing, the environments are oppressive and apocalyptic, and a new Combine soldier presents a never-before-encountered threat for veteran players. Alyx’s hands are out of the picture—literally—in this build, which makes these screenshots the best impression of Half-Life: Alyx yet. If they are genuine, mind.

Half-Life: Alyx is targeting a release window of March 2020, so we won’t be twiddling our thumbs for much longer. The game will work with all PC VR headsets, though it’s on the house if you pick up Valve’s own Index hardware. Additionally, there’s no non-VR version in the works, so the remaining 63 per cent of Steam users who are not “VR ready” will need to loan a pal’s gear.