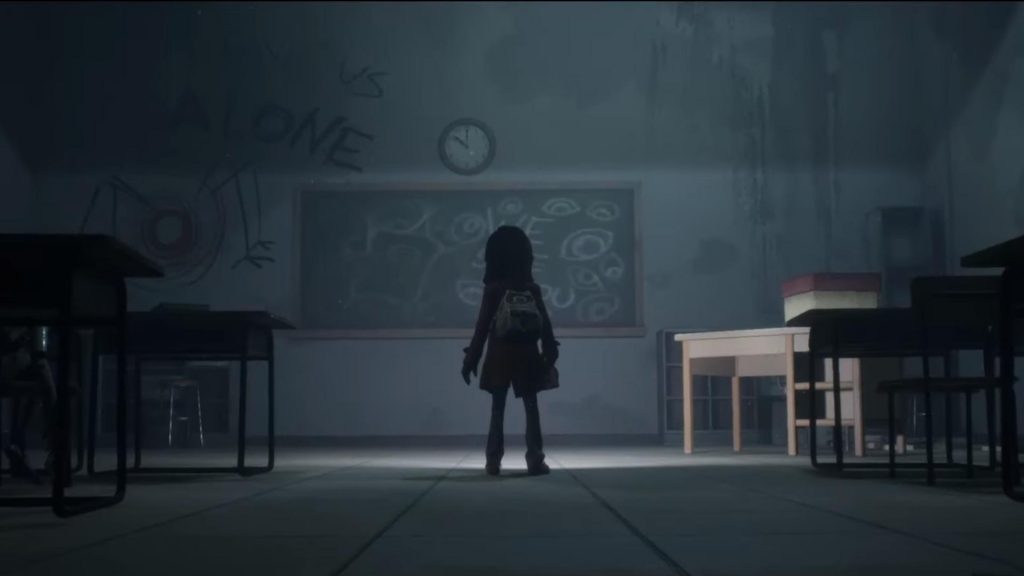 The first gameplay footage of Gylt, the new horror adventure game from Tequila Works, was revealed at Gamescom Opening Night Live. It kind of looks like Alan Wake meets Coraline.

Gylt’s creative director Raul Rubio took to the stage and commentated on a few sections of gameplay, revealing a little bit more about the game and what to expect. Though the art style is cartoony and soft, the environments and horrors lurking within are dark and menacing. The protagonist Sally must solve puzzles while avoiding the monsters — one of which has an upside-down head inscribed with a toothy grin — to find her cousin who is hidden deep in the nightmare.

Stealth is vital to staying alive because the monsters are attracted to sound and light. Sally can use her torch to illuminate the darker areas of the world, and also as a weapon. The light will burn away monsters to ash and smoke, though I'd imagine that this doesn’t eradicate them for good. Her paranoia and traumas take shape in this unnatural realm, and the horror will take on a psychological twist as the narrative unfolds.

Gylt will launch as a Google Stadia exclusive in November 2019. Watch the gameplay footage shown at Gamescom below.