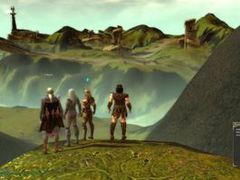 Guild Wars will no longer be available for users with a pre-Windows XP operating system, according to ArenaNet.

The firm has decided that beginning June 14 it will not longer support Windows 95, Windows 98, Windows 98 SE, and Windows SE.

The studio emphasises this decision will only affect roughly .05 per cent of the game’s playerbase, and will allow ArenaNet to begin developing “features that will improve account management and security.”

ArenaNet currently has no plans to close down Guild Wars despite the sequel on the horizon. Speaking with Global brand director Chris Lye last year, VideoGamer.com learned:

“The only incentive we need is to have an active player base. Guild Wars is a very cost effective game to support and because there is no active cost to maintain both a Guild Wars and Guild Wars 2 account. We could see a lot of players keeping both.”