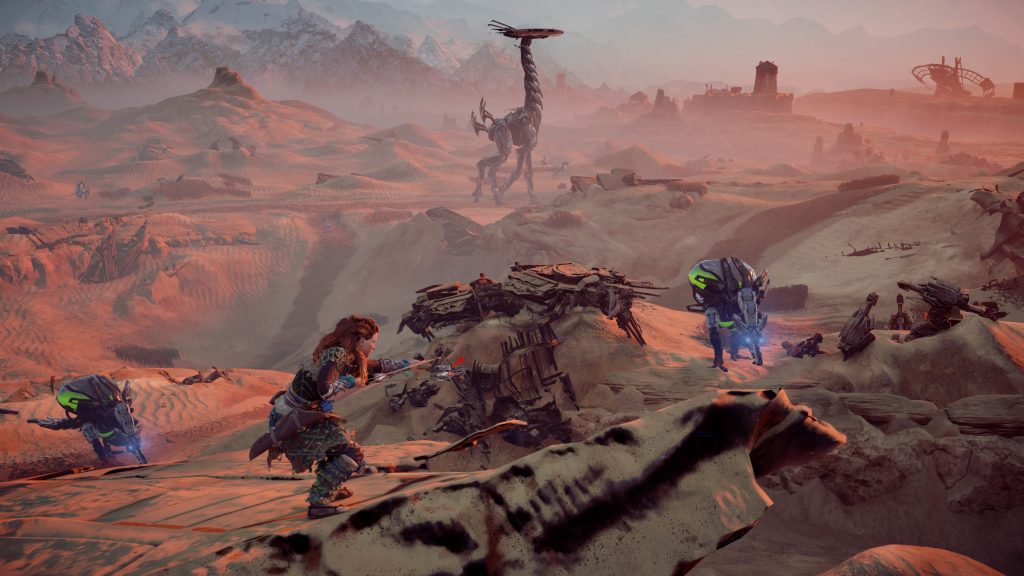 There hasn’t been any official confirmation that Guerrilla is working on a sequel to Horizon Zero Dawn, but if the devs were doing a follow up to an incredibly successful game ( both commercially and critically successful) — and remember, we just don’t know if there will be one — the team definitely have some ideas.

In an interview with Game Informer, picked up by WCCF, some of the team from Guerrilla shared their thoughts on the response to HZD and what they’d like to do in a sequel. That they totally haven’t confirmed yet. May never happen, everyone.

Narrative Director John Gonzalez said, ‘We’ve been absolutely humbled by the players’ response to the story and their emotional connection to Aloy. Should a sequel happen, our number one goal would be to respect that connection by doing our utmost to create a story that resonates just as deeply.’

Should a sequel happen, which it might not, remember, the Game Director Mathijs de Jonge said, ‘We have some ideas on how we can improve weapon/loadout switching, but I can’t share anything on this yet.’

Discussing taking on feedback for the game, de Jonge also said, ‘That some parts don’t shine quite as brightly as others is something that was kind of inevitable due to the scope. We are looking closely at any critiques as part of plotting out our plans for the future of Horizon.’ So Horizon has a future, but until an official annoucnement, who can say whether that future includes a sequel?

Finally, Art Director Jan-Bart van Beek knows, as we all do in our hearts, what would be necessary in a HZD sequel:

‘More machines. They are a lot of fun to design, build, animate, and play with. I wish we could have done a hundred. But reality is a harsh mistress; it doesn’t allow you to make hundreds of machines.’