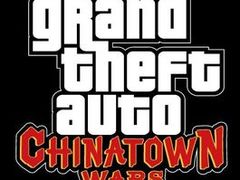 Rockstar Games has announced that Grand Theft Auto: Chinatown Wars will be released for PSP this autumn.

Developed by the award-winning studio Rockstar Leeds, in conjunction with series creator Rockstar North, Grand Theft Auto: Chinatown Wars will be available at retail on UMD and digitally from the PlayStation Network.

“Rockstar Leeds has shown incredible talent in creating games that raise the bar in terms of depth and innovation on portables, and with Chinatown Wars we have a rich, fast-paced, and incredibly addictive entry into the series.”

Grand Theft Auto: Chinatown Wars follows the story of Huang Lee, a young Triad who travels to Liberty City after the mysterious death of his father. Within the game, players will navigate their way through the streets as they uncover the truth behind an epic tale of crime and corruption within the Triad crime syndicate.

Specifically built for the PSP, the game will feature upscaled widescreen graphics, enhanced lighting and animation, plus all-new story missions.

The first GTA title created for the Nintendo DS.

The first GTA title created for the Nintendo DS.