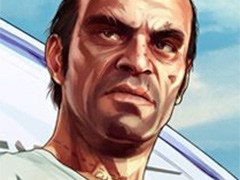 Grand Theft Auto 5’s three main characters – Michael, Franklin and Trevor – won’t all be playable at the start of the game, Rockstar has revealed.

Speaking to French website jeuxactu.com (translated via Google), Rockstar North president Leslie Benzies explained that offering players control over all three characters immediately would have “hurt the gameplay and story”, while introducing the characters over a period of time will let players “explore the world of each of them”.

“You can meet each character if you know where they are,” adds lead designer Imran Sarwar. “For example, if Michael leaves after a mission and you play Trevor, you can go to meet him. You can also force things, if you wish, from one character to another and make them meet. They can then become friends and spend time together. We thought to make the characters appear on the map to be able to follow the day to day in the city, but we chose to focus our efforts on the system of interchangeable characters.”

GTA 5 launches on Xbox 360 and PlayStation 3 on September 17. A first look at gameplay footage was revealed last week.