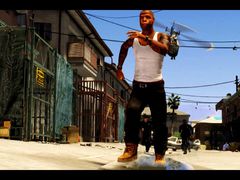 With 2K moving the release of BioShock Infinite from October to February, Wedbush analyst Michael Pachter believed this could leave the door open for GTA 5.

However, Sebastian believes we won’t see GTA 5 until early in 2013.

If GTA 5 is to be released this year, expect something official from Rockstar in the near future – perhaps at E3 next month.