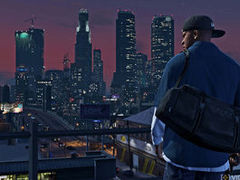 GTA 5 is getting a brand new radio station

A new radio station called ‘The Lab’ is coming to Grand Theft Auto 5 next month, Rockstar has announced.

Hosted by hip hop duo The Alchemist and Oh No, The Lab will debut with the release of the PC version on April 14 and introduce brand new music to the hit open worlder. It isn’t yet clear when the new station will arrive in the console versions.

More radio stations could be on the way in the future, too, Rockstar suggests, who tells fans to “stay tuned for more updates on GTAV music”.

GTA 5’s next major update introducing the long-awaited Online Heists is due to roll out next Tuesday, March 10.