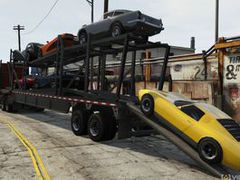 Many users are said to have been plagued by constant crashing despite reinstalling the game, with some even changing hard disc drives from the original 20GB model to a newer 250GB unit.

The problematic consoles appear to have been manufactured between 2006 and 2008.

A Rockstar support rep told one affected gamer that the studio is in the process of gathering data to determine if the issue is something which can be resolved with a patch.

In the meantime, Xbox Live Support has suggested the following, although this too has mixed results:

Earlier today it was reported that Rockstar was looking into a fix for GTA 5’s disappearing vehicles glitch.