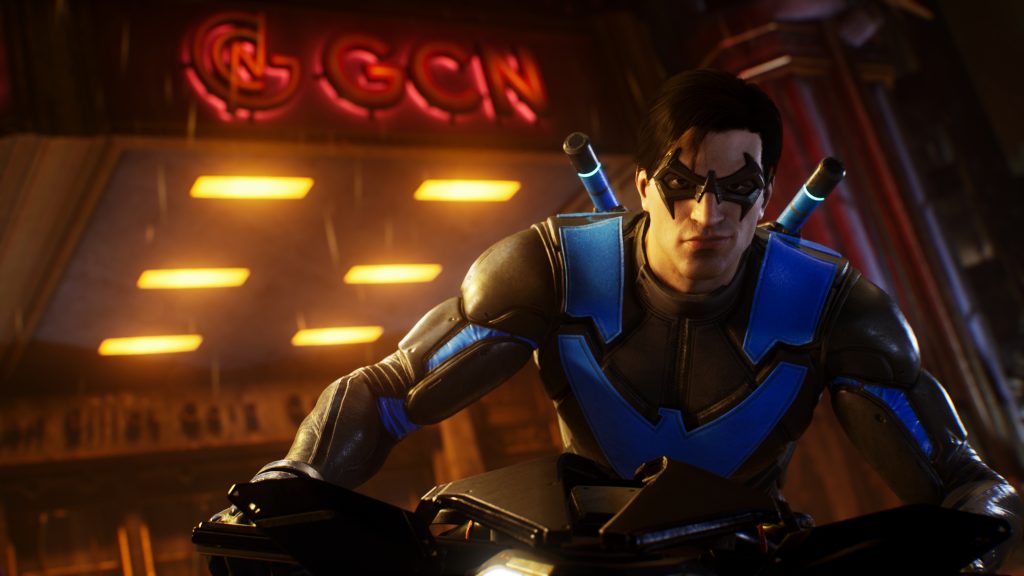 Gotham Knights is the next game from developer Warner Bros. Games Montreal, set in a “living, breathing Gotham City” where it’s down to  Batgirl, Nightwing, Red Hood, and Robin to restore order to a ruined city.

“Gotham Knights is an open-world, action RPG set in the most dynamic and interactive Gotham City yet. In either solo-play or with one other hero, patrol Gotham’s five distinct boroughs and drop in on criminal activity wherever you find it,” read the description for the game. This time, Batgirl, Nightwing, Red Hood, and Robin must step into the shadow left behind by Batman’s death. A simmering hostility burgeons between the criminal syndicates who have risen up while the city spirals down, and Gotham Knights is playable in single player or two player online co-op.

The new group offer their own skills and abilities; Red Hood specialises in non-lethal neutralisations, Robin has mastered stealth, Batgirl is able to hack pretty much anything, and Nightwing is agile enough to get the drop on any enemy.

“With Gotham Knights, the team at Warner Bros. Games Montreal is bringing the Batman Family of characters to life in a unique way to delight both fans and new players,” said Warner Bros. Interactive Entertainment president David Haddad in a press release. “As we embark on a new era of interactive storytelling, our development team has been diligently working to create a new, in-depth experience within DC’s Batman Universe.”

Gotham Knights is coming to PlayStation 5, Xbox Series X, PlayStation 4, Xbox One, and PC in 2021. Watch the trailer below.