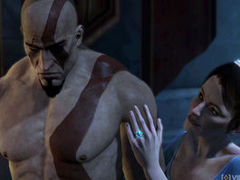 God of War developer Sony Santa Monica has been hit by layoffs, Sony has confirmed, with an unknown number of employees facing redundancy.

Furthermore, IGN reports that an unannounced project at the studio has also been cancelled.

“SCEA can confirm that we have completed a reduction in workforce at Santa Monica Studio,” Sony told the site. “This is a result of a cycle of resource re-alignment against priority growth areas within SCE WWS. We do not take these decisions lightly. However, sometimes it is necessary to make changes to better serve the future projects of the studio. We have offered outplacement services and severance packages to ease transition for those impacted.”

The redundancies come just weeks after Sony revealed plans to expand SCE Santa Monica, with the studio moving into larger premises in the Playa Vista area of Los Angeles.

Sony has yet to announce Santa Monica’s next title, although is believed to be working on an undisclosed PS4 project. It is also collaborating with Ready At Dawn on The Order: 1886 and other studios on Hohokum and Everybody’s Gone to the Rapture.

Its last title, God of War: Ascension, is reported to have “significantly” underperformed at retail when it launched on PS3 in March last year, although sales figures have yet to be formally announced.