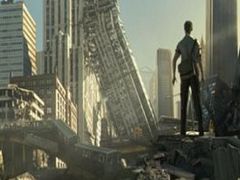 Ubisoft’s confirmed that the next Ghost Recon game and post-apocalyptic survival action game I am Alive have both been delayed to the company’s fiscal year 2010-11.

In April, within the fiscal report for 2008-09, Ubisoft included in their “confirmed 2009-10 targets” a listing for Ghost Recon 4, described as one of their flagship titles that will ship within this time frame.

Earlier this year Ubisoft announced that I am Alive had been delayed and would be released at some point between April 1, 2009 and March 31, 2010.

Now both games have been delayed, and won’t be out any earlier than April 1 2010.

In its first quarter 09-10 results press release, in which the company revealed sales down 51% to â‚¬83 million, the company said: “Ghost Recon and I am Alive, which were previously scheduled for release in the fourth fiscal quarter, will now strengthen the line-up for fiscal 2010-11.”

Nothing is known of Ghost Recon at this stage. I am Alive is described as an “action and survival video game”, due out for PS3, 360 and PC, that takes place in post-apocalyptic Chicago after a major-scale earthquake.

We’ll have more as we get it.