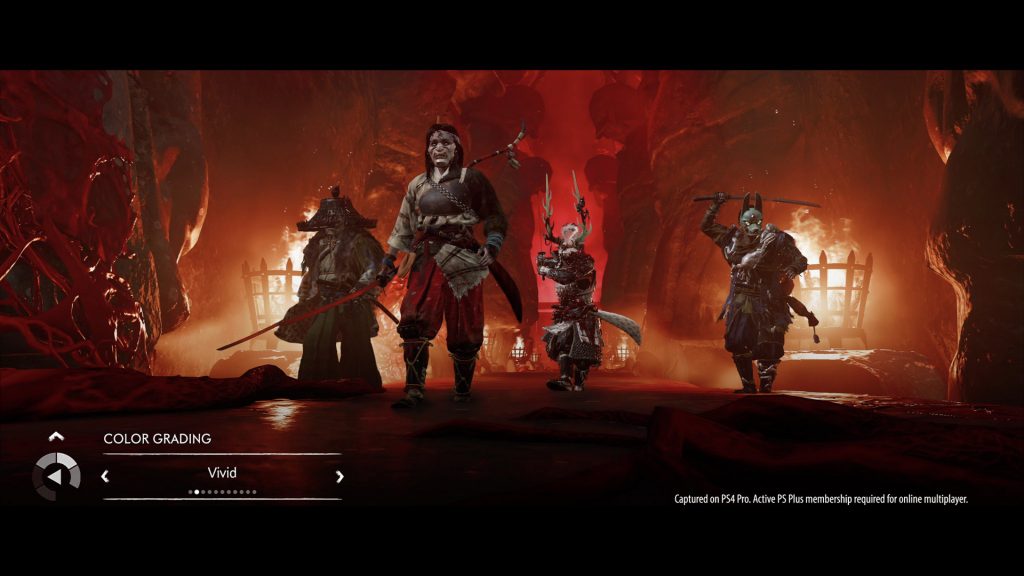 Sucker Punch has detailed all the added features and quality of life improvements coming in a major free update to Ghost of Tsushima later this month.

The update is headlined by the addition of the previously announced Ghost of Tsushima: Legends online co-operative mode. You'll be able to select from one of four classes, each with their own combat styles and cosmetics. Legends missions will come in three configurations: two player Story missions with new encounters, tougher enemies and bosses, three player Survival missions that pit you against waves of enemies and the toughest of all: four player Raids which will be releasing "in the weeks following the launch" of the Legends pack. On top of that, a fully featured Photo Mode will also be accessible in Legends, allowing you to pose and make interesting tableaux with your and your friends.

Away from Legends, the update also adds New Game+ to singleplayer mode that allows you to keep all your Techniques, Gear and Vanity items from a previous playthough to a subsequent one where the enemies are tougher and also comes with a unique New Game+ horse, new weapons and armour and Charms to earn too.

New Game+ will also bring with it a new character known as the Ghost Flower merchant, who will sell you mysterious Ghost Flowers that you can collect and exchange for new vanity items and cosmetics for Jin. On top of all of this, the update also offers some quality of life improvements, including Armour Loadouts and some new options for Photo Mode.

You can find a more in-depth rundown of the changes in V1.1 over on the PlayStation Blog. The patch will be free to all existing owners of Ghost of Tsushima on PlayStation 4 and will launch on October 16. Check out a video trailer for the update below.