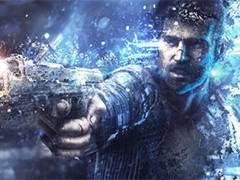 Get Even: First gameplay footage revealed in new trailer

The Farm 51 has revealed the first gameplay footage of next year’s first-person horror Get Even.

The footage forms a part of a new Making Of documentary in which the developer discusses its intentions to blend traditional single and multiplayer experiences into a unique campaign and tell a “complex, mature and very immersive story in a manner that has not been employed in games before”.

“Get Even is a game which uses standard game tools to tell a non-standard story,” explains lead designer Woljciech Pazdur. “The shooting itself is only a part of the experience, which will consist of narrative and gameplay elements that are about something completely different.”

Farm 51 also has plans to support virtual reality devices such as Oculus VR and Project Morpheus, which players can use to “switch between various realities in the game world”.

“VR systems are a melody of a truly next-gen experience. We expect that consumer versions of VR devices will start revolutionizing the gaming market in 2015,” added Pazdur. “We are now working hard to implement VR devices into our gameplay. It is a great adventure for our team to mix VR experience with the highly realistic 3D scanning technology we use in Get Even. I’m so excited when I think where it may take us and what are the possibilities in such combination.”

Get Even is scheduled to launch digitally on PS4, Xbox One and PC in 2015. You can pledge support to the title on Steam Greenlight today.