Gears of War 3 & So Many Me now free on Xbox Games with Gold - VideoGamer.com 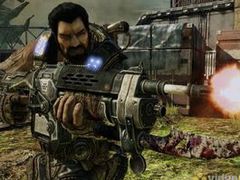 Gears of War 3 and So Many Me are now available to download for free on Xbox Games with Gold.

The two games replace this month’s previous titles Plants vs Zombies and Assassin’s Creed IV: Black Flag, and will be available until July 31.

But even if you only have an Xbox One, still make sure to download both: Gears of War 3 will eventually be playable on Xbox One following the arrival of backwards compatibility later this year.

So Many Me, meanwhile, promises to be a charming puzzle platformer that sees a group a blob-shaped clones attempting to save the world from an ancient evil. Never heard of it? Check out the trailer below.