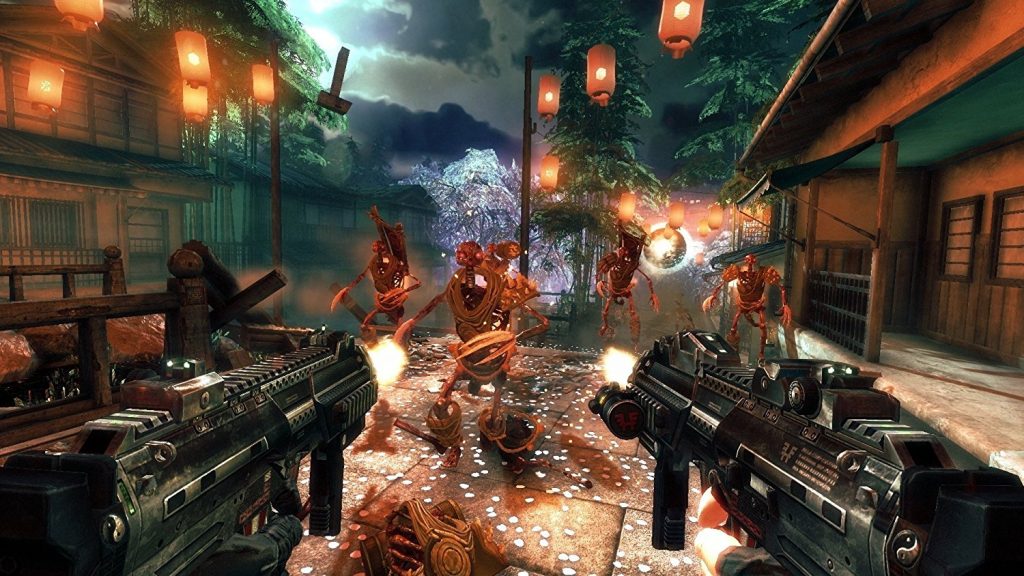 Microsoft has pulled the curtains back on the February 2018 Games with Gold lineup, with Shadow Warrior leading the charge for Xbox One’s freebies. Devolver Digital’s demon-slaying shooter will be available throughout the entire month, with Assassin’s Creed Chronicles: India arriving on February 16.

The stealthy spin-off will be available to snap up for free until March 15, and wraps up the Xbox One offerings for next month’s Games with Gold. As per usual, they’ll be joined by two Xbox 360 games; Split/Second will arrive at the start of February and will be replaced by cabbie classic Crazy Taxi on February 16, which remains there until February 28.

It should be noted that Split/Second was not previously backwards compatible with Microsoft’s latest box of tricks, and has now been added to the lineup. Crazy Taxi, however, was already fully playable on the Xbox One.

Those of you who still haven’t snapped up this month’s offering will have until January 31 to claim your free games.