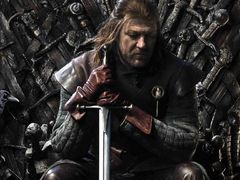 Game of Thrones: From novel to TV series to MMO

An MMO seems like an ideal way to turn Game of Thrones into a video game, but the genre is notoriously difficult to get right – and more importantly make a success out of. We talked to producer Max Pfaff to get the inside word on the game.

Q: Could you explain what the Game of Thrones MMO is and in what ways it relates to the novels and series?

Max Pfaff: The Game of Thrones MMO, our working title, will be a free-to-play browser-based, fantasy game set within the blockbuster HBO series. We’re building the game in partnership with Artplant – the Norwegian studio who also helped us build Battlestar Galactica Online, a game that has attracted nearly ten million players in its first year. The Game of Thrones MMO will feature deep gameplay and high-end graphics, and encompass many familiar themes and locations throughout the series. Our goals are to incorporate the best moments from the series, remain true to the lore, and give fans of the show and genre an open-ended experience they can immerse themselves into.

Q: Does HBO or George R.R Martin have say on anything within the development of the game?

MP: We licensed the right to the HBO series, so naturally HBO has been involved at every step of the process – and will remain closely involved through launch and beyond. We have had the opportunity to meet with and receive great feedback from Mr. Martin, but he is not involved day-to-day in this project. Of course, we want to build a game that he and his loyal followers will respect. For a game like this, keeping the community enthusiastic and supportive is an absolute requirement.

Q: This is a PvP focused title, can you describe what users should expect when they first enter the game in terms of gameplay?

MP: At this stage of development, our combat system is just taking shape. When players enter the game, they will be immersed in an open, sandbox world with various PvP options, such as small group combat, one-on-one duels, and various siege objectives. The combat system will be direct action, with timing and distance to target as key factors. As players advance they will gain skill points, which they can use to level-up abilities and items – it’ll be a flexible system that doesn’t force players to follow a rigid progression of abilities.

Q: Players can become Hand of the King for a week based on an in-game voting system. Can you describe the importance of in-game politics and voting in the game?

MP: When we sat down with George R.R. Martin, he expressed how important it was for us to incorporate a way for players to win the game without any combat – this meant that we had to get the politics right. The full details of this system are still coming together, but it is a major focus for us. At launch, players will align with one of three Houses – Stark, Lannister, or Baratheon – and will have the opportunity to switch alliances without bloodshed. There is also the goal of installing the Hand of the King, where voting amongst teammates and guilds will be a considerable part of the process. Every action a player takes, and the action of his guild and alliance, affects the player’s overall status. This status will become an important indicator in the game, one that will help other players decide if you are friend or foe.

Q: The game will not include traditional class archetypes, what will there be in its place?

MP: It’s been important for us to look at new and interesting ways of evolving characters. Our open-ended skill and ability system will give players more opportunities to change their character over time. In most MMO’s, you are locked into a specific role from the beginning of the game, and ultimately forced to stick with that choice all the way through the game. By opening this up, a player can tweak his or her character throughout their progression, and hence break free of some of the restrictions often found in the genre. Obviously, character development is essential to the entire gaming experience, so this is something we really want to shine.

Q: What can users expect in the way of PvE?

MP: Our game won’t be a scripted experience so players will be able to control what ultimately happens in the world. PvE elements will be included in the game at launch, but they’re not a major priority. Instead, we’re focused on building really engaging PvP content and systems, which we believe is key to keeping players interested in the game for longer periods of time. As part of normal development stages, things can also change – the beauty of developing online games is that we can continue to add new content post-launch while incorporating community feedback down the road.

Q: Can you talk about the siege system in the game?

MP: Our current development plan for siege PvP is to allow players to explore multiple lore locations and encounter larger-scale battles. Players must capture keeps (small) and forts (bigger) before they can conquer castles (biggest). Commanding castles will grant considerable power and status. Losing a castle will hurt, but as soon as the player is able to conquer a new castle he will regain a lot of the items and resources he previously lost – we don’t want to punish players for losing…we want to energize them to return and seek vengeance. Forming guilds and levelling them up with defences will be critical when engaging in sieges in the Game of Thrones MMO. It’s quite ambitious of us to add to the game, but we’re sure that if all goes well, it will be epic!

Q: What will be purchasable through the microtransaction system?

MP: In the game, players will have the ability to level up and evolve their characters. There will be various items and weapons available for upgrade and can be purchased with in-game currency. Of course, if players do not wish to purchase anything, we highly emphasize that all items can also be earned through gameplay. Most items that will be attainable will likely be for customisation and consumables, and potentially include items for horses too!