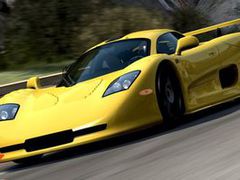 Microsoft has announced that Forza Motorsport and BBC’s Top Gear have entered into a long-term collaboration, kicking off with the October release of Forza 3 Ultimate Collection.

“Bringing together Top Gear and Forza Motorsport is a natural fit,” said Dan Greenawalt, franchise director at Turn 10. “Top Gear is all about automotive passion and playing around with cars which is exactly what we deliver with Forza Motorsport games. We are looking forward to collaborating with their team to bring some of what they do so well on television to our game design process.”

Fans will get their first taste of the results of this collaboration with 90 minutes of specially edited Top Gear TV content plus access to the Stig’s Garage Car Pack, all downloadable exclusively through Xbox LIVE, as part of the new Forza Motorsport 3 Ultimate Collection.